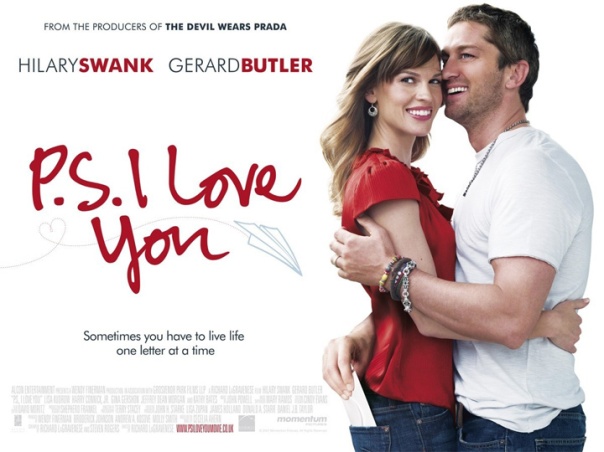 the kooky humour’s far less charming and funny than it thinks.

P.S. I Love You is a rom-com based on a quirky and compelling idea. A terminally ill husband arranges ten surprise packages to be delivered to his wife in the months after his death. Think: posthumous and vicarious Bucket List.

Great idea, some genuinely moving sequences — all utterly undermined by the fundamental unbelievability of the acting and set-pieces. The husband’s better-than-Ed-Sheeran serenade is a stand-out moment of absurdity. And the kooky humour’s far less charming and funny than it thinks.

An odd film: I cried, and reached for the zapper. Coulda been great, but unbelievability and misplaced zaniness ruin it.