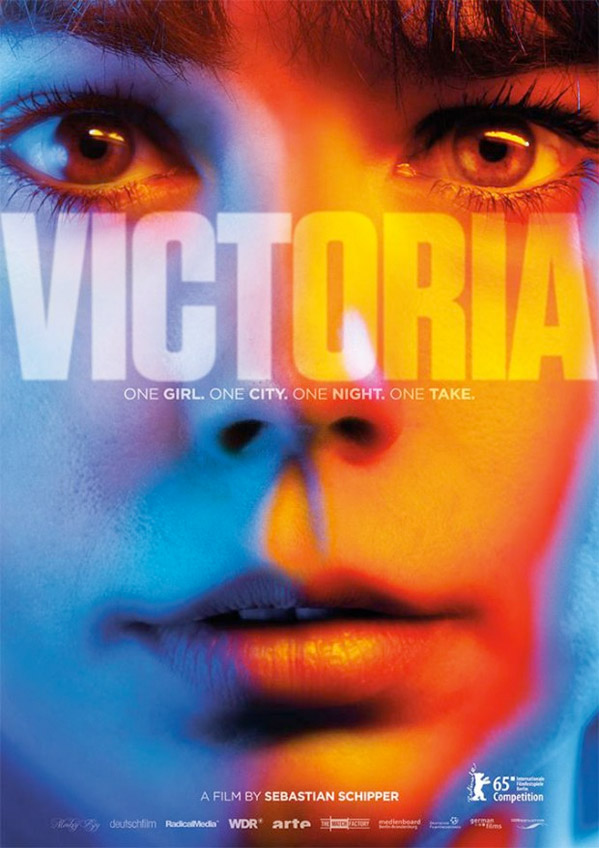 Victoria (2015) is the latest film by German actor-cum-writer/director, Sebastian Schipper. It generated a lot of hype because, unlike Iñárritu’s Birdman, Kovcheg’s Russian Ark, or Hitchkock’s Rope, Victoria’s 138 minutes really are one tracking shot.

The technical mastery: undeniable. The effect: to suck you in with unparalleled realism to the single most believable drunken night out ever committed to film.

Unfortunately, the plot is thin. Loner girl meets dodgy guys, gets roped into their illegal hijinks. The first hour is completely pointless with no hint of direction or plot, though there is some foreshadowing. An all-time classic, scuppered.