Are you a Star Trek or a Star Wars fan? Me, I always say Trek. And it’s true. But actually, my favourite Star of all is, and I am kind of embarrassed to say it: Gate. Yes, Stargate is my favourite Sci-fi franchise.

What I crave, in these imagination-blanched days of reboots, is a STARGATE REBOOT!!!

The concept: the Stargate franchise as it is, is in the old, pre-Battlestar Galactica reboot days. Twenty plus episodes, many filler eps, no real driving episode-to-episode narrative. So let’s modernise it and make it fit current TV norms.

Here are some season idea outlines. This may not make any sense to you if you’re not a fan of the TV shows or the film.

Season 1: mostly follows the original 1994 StargÅte film. They discover the gate, try to crack the code, travel to Abydos, hide out, get in trouble, they make Ra leave Abydos (not destroyed as in the film?), “Tealc”-type character introduced in this season which happens in Episode 1 of Stargate: SG1 the series. Basically, series one is the discovery of the gate and the struggle against and removal of Ra from Abydos.

Season 2: where SG1 starts but darker. Abydos in chaos as they can’t rule themselves, politically dark, Ra going to return, many people want him, Abydonians realise the gate can take them to other worlds and how to do it, earth starts to lose interest in Abydos, team kills Ra. In short: The Return of Ra.

Season 3: fall out on earth of destroying Ra and disobeying orders, politics, another system lord (but not “Apophis”) takes over Abydos, we hear invasion launched against earth, desperately search worlds for weapons and technology or allies to fight goa’uld, by end of season ships enter our solar system. In short: the Empire Strikes Back

Season 4: Not sure. But I reckon: we destroy Goa’uld ship, suspiciously easily; actually, Goa’uld ship was a ruse to distract as goa’uld symbiotes are landed on earth and a facility is set up on earth secretly so the goa’uld can take over several world leaders and government to act as a fifth column to pave way for actual invasion. Perhaps this becomes clear by last episode. In short: The First Wave.

Season 5: … you probably have given up reading this by now, so I’ll call this fangasm to an end. 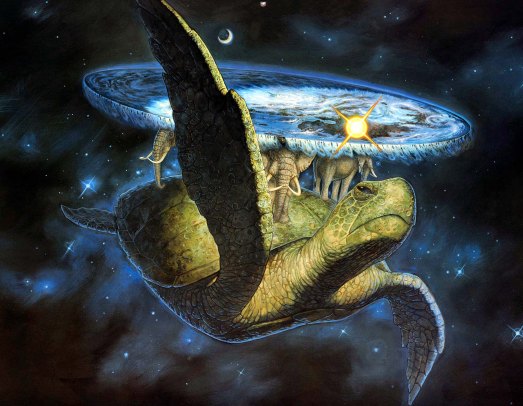 We’re living in a golden age of TV series, especially for fantasy and science fiction adapted from works of literature.

We’re living in a golden age of TV series, especially for fantasy and science fiction adapted from works of literature. I’m thinking especially Game of Thrones and The Man in the High Castle. And I’m now keenly awaiting the upcoming BBC series based on Phillip Pullman’s His Dark Materials trilogy. This gives me hope that maybe some other of my favourite books might get adapted — and adapted well! I previously foretold there would be a series of Lord of the Rings, and it’s actually now happening.

Discworld. This could actually be multiple series, with each based on one set of characters. Each book more-or-less can be one season, all books could form the whole series. Focus on maybe wizards, city watch, death, nowt else. Or a series based on one of the set of characters, e.g., the City Watch, but with each book more-or-less being a season. In any case, there are loads of great characters and stories to come out of the fertile mind of the late, great Sir Terry Pratchett.

Stargate. I want a total reboot, remake, reimagining of the Stargate and SG1 franchise. Get back to the basics of the Von Däniken “Chariots of the Gods” theory that the very most ancient gods were actually extraterrestrials, keep it with the Egyptian and Babylonian gods. Stargate SG1 had a very Star Trek: The Next Generation vibe of intergalactical banterous romp; I would want a reboot to have a darker, “edgy” DS9 type vibe.