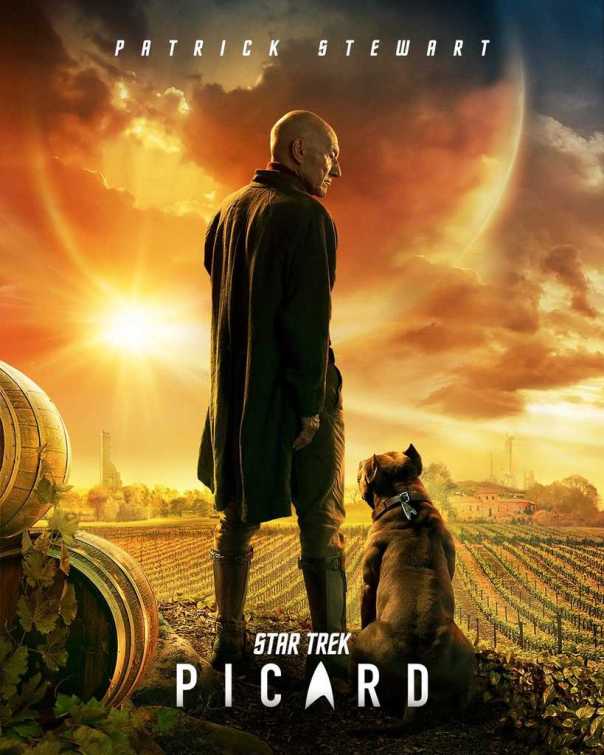 the writers need to stop introducing deep story threads … and then resolving them … in one scene or through exposition.

Star Trek: Picard promised much, returning as it would to some of the franchise’s most beloved characters, notably Captain Jean-Luc Picard himself. The eponymous series starts with Picard in semi-comatose retirement, whiling his time away on his vineyard, when, suddenly, his retirement-cum-autoeuthanasia is rudely disrupted by a gatecrashing stranger with an extraordinary story.

The excitement of spending time with Picard and co again was mildly tainted by the stench that this was just an easy paycheque for Patrick Stewart. Plus, his rants on Brexit and Trump, even if you agree, boded badly for this series executive produced by the man himself; would this merely be Stewart in soapbox mode? However, these fears were unfounded. Picard got off to a slow but steady start, before launching into warp nine in the season’s second act, before stumbling and tripping in act three. Did it come off the rails? Not at all. But the ending was unworthy of the journey. The old characters were of course nice, but it’s the new characters that were refreshing: all the hallmarks of classic Trek characters, without feeling derivative. A great new batch of characters for the Trek canon.

If Game of Thrones is the yardstick (bar season eight) for streaming series, then ST:P isn’t quite the full 36 inches. But it’s not bad, either. Far from it. There was no single episode that you could call “poor”, although some were distinctly weaker than others. The worst episode was solid and serviceable; the best: first rate exciting television. This show could go far. But the writers need to stop introducing deep story threads and backstories and then resolving them within the very same episode, worst of all, in one scene or through exposition. This show seems more accessible to non-Trekkies than any other Star Trek series, including Discovery, but still seems Trek enough for Trekkies; maybe it’s found that Goldilocks zone that much of the franchise has failed to find.

All’s well that ends well? Yes. And if the finale had been stronger, season one would have gained a four star rating. But the box-ticking logic-chucking way the first season ended somewhat soured the thing. All in all, I am cautiously optimistic for season two. A good show for Trekkies and a good show for newbs. 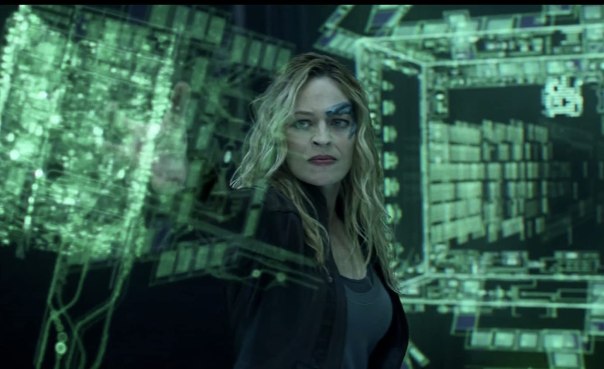 … in the rush to the season finale, “Broken Pieces” incompletely tells a story of its own …

Episode 8, “Broken Pieces”, thrillingly sets up the season finale two-parter. We are told a lot about a secret Romulan sect and why they are so hell-bent on destroying the androids. And the previously alluded to plot within the Federation dramatically shows up again. We are also tantalised by the prospect of visiting Soji’s homeworld, a prospect set-up in episode 7.

Our fellowship is crumbling before our eyes because our mole aboard La Sirena has been found out. But the most compelling aspect of this episode is that we are reminded that the baddies of the show, those fighting against our heroes, themselves do have very legitimate reasons for what they believe in — they don’t want to see the destruction of all life by synthetics, which is portrayed as a frighteningly realistic possibility. The viewer is suddenly, horribly aware that the heroes and synths we have been rooting for might well be on the wrong side. If only our baddies didn’t seem quite so sadistic, we would want to side with them. To facilitate this end, we see a weak, vulnerable side to Hot Sexy Space Elf, A.K.A., Narissa (Peyton List).

To save us from all this crushing bleakness, comedy relief was much appreciated. This week’s turn at playing the joker was Rios (Santiago Cabrera): all the different holograms who “man” ship look like Rios but all have different personalities, and accents. Honestly, goofy but funny.

Demons of the past rear their heads. Rios struggles with the traumatic moment that led to his leaving Starfleet, and Seven of Nine resists the seductive power of the one true ring, that is, the chance to be a Borg queen. Sadly, whilst Rios’ story convinced, enhanced by a powerful pep talk from Picard, Seven’s was played out with insufficient real peril and thus was robbed of any weight it should have had. Picard has returned to form: rushing the conclusion to plot threads and leaving us with no real emotional pay-off.

After the previous three excellent episodes, this felt like a return to inconsequentialism and exposition. However, it zips along so fast, and we’re so involved in the characters and central storyline, that we almost don’t care. This was tightly written, which is meant both as a compliment and as a criticism; “Broken Pieces” felt like a means to an end rather than also being an end in itself, like the second film in a trilogy. And thus, despite its strengths, it was notably weaker than our more recent outings.

Much intrigue and some fascinating plot developments, but in the rush to the season finale, “Broken Pieces” incompletely tells a story of its own, this episode serving more to structurally set up the series ender. Only juicy action is left to paper over the cracks in the incomplete and fragmented plotting.